What does it mean to be a 21st Century Modern Prosecutor?  The role of the prosecutor hasn’t changed over the years – the mission has always been to be  a minister of justice – but the tools available to the 21st century modern prosecutor have evolved, thereby enabling us to be more effective. With today’s advancements, cases now often include witness statements obtained not by the patrol officer on the street, but by a trained forensic interviewer.  And scientific evidence has expanded to include DNA and beyond.  Further, cell phones and body worn cameras now regularly memorialize words and actions.  The presentation will begin with Phoenix Police Chief Jeri Williams setting the stage - describing how policing practices have evolved, enabling officers to more effectively make the streets safe and help communities thrive.  District Attorney for Colorado’s 18th Judicial District George Brauchler will then detail how the advancements in investigative and interviewing techniques, along with the expanded breadth of scientific evidence, have provided 21st century modern prosecutors with more tools in which fulfill their minister of justice mission. 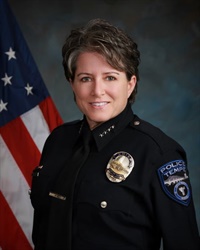 A California native, Chief Moir has over 30 years of local police practice.  She was the Chief of the El Cerrito Police Department from 2010 until her appointment as the Police Chief in Tempe, Arizona. Chief Moir spent most of her early career with the Sacramento Police Department, where she served in every division of the department and gained operational, training, managerial, and strategic experience, which influences her consistently. She was the Incident Commander on hundreds of planned and spontaneous events, a trainer in several policing subjects, and a member of the Sacramento Police Honor Guard. She completed rigorous training with the US Army Old Guard at Fort Myer, VA and Arlington National Cemetery.

She currently serves on the Executive Board of the Arizona Association of Chiefs of Police, as the Vice President of the Police Executive Research Forum, an Executive Fellow for the National Police Foundation, on the Community Policing Committee of the International Association of Chiefs of Police, and other boards where she can add value and serve the profession of policing. As the Chief of El Cerrito, California Governor Jerry Brown appointed Chief Moir to the Commission on California Peace Officer Standards and Training for two terms, and she served on the Executive Committee for the California Police Chiefs Association.

Chief Moir holds a Bachelor of Science in Criminal Justice from California State University, Sacramento, a Master of Arts in Organizational Management, and a Master of Science degree from the Naval Postgraduate School - Center for Homeland Defense and Security. She is married, lives in Tempe, and enjoys reading, hiking, competing in marathons, and passionately cheering on the Boston Red Sox and the Chicago Bears. 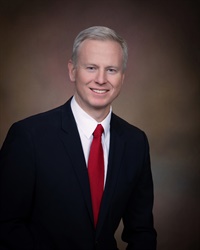 George Brauchler is the District Attorney for the 18th Judicial District, which includes Arapahoe, Douglas, Elbert and Lincoln Counties. He led the prosecution for the Aurora theater shooting trial, the largest mass murder trial in the history of Colorado. George is also a husband, father of four kids, and a colonel with the Colorado Army National Guard.