2019 APC - Civility & Professionalism in the Practice of Law

Real happiness in the prosecutor’s realm comes from our continuous effort to be the best possible versions of ourselves. This new century of Justice services requires no less from us than our very best. Being clear on where we are going and why that future is good turns the pursuit of Justice into the joy of this professional life. Our work on Justice connects us together. In this session we will take account of why we do what we do and how to do it well. 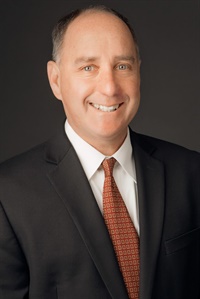 Mr. Ring is a strong advocate for improving the safety of communities through the vigorous and fair application of the law, and for ethical and effective public service from the dedicated members of the Coconino County Attorney’s Office. Mr. Ring is admitted to practice law in the State of Arizona, as well as the Supreme Court of the United States, the Ninth Circuit Court of Appeals, and the District Courts of Arizona.

Mr. Ring and his wife have lived in Flagstaff for 30 continuous years and raised their children in Flagstaff.  The children are pursuing work in engineering, philosophy, and medicine.